A protein-packed, better-for-you version of the Cuban classic, this Quinoa Congri pays homage to the traditional Arroz Congri dish by giving you all of the flavor, with less of the carbs. 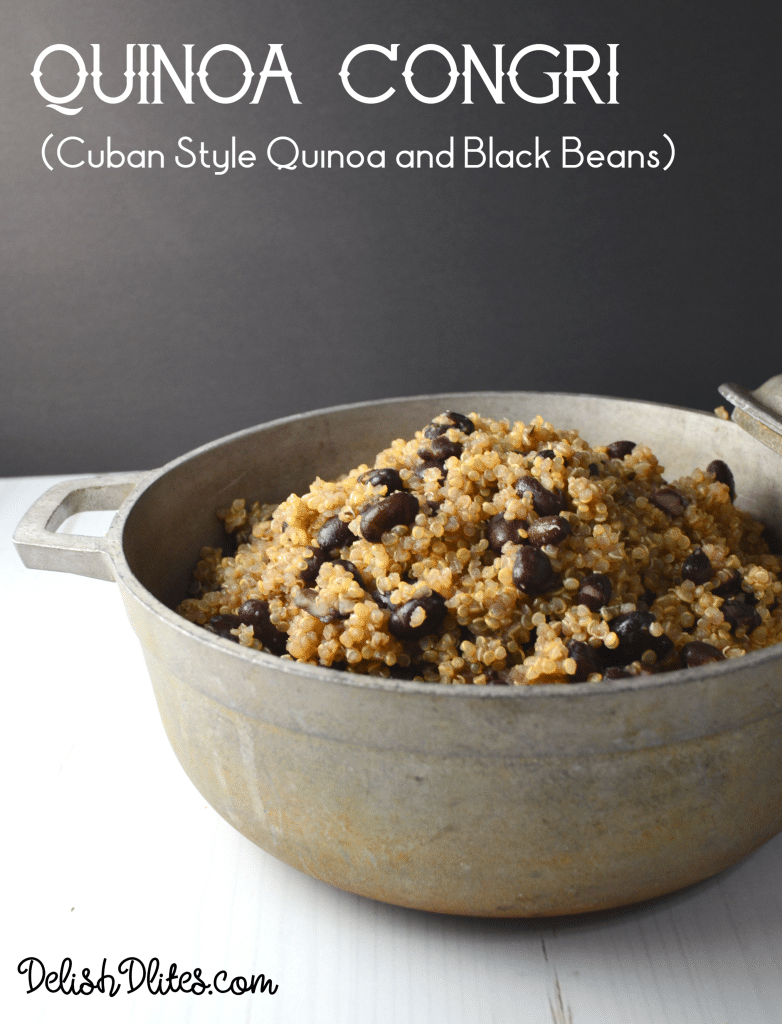 I’m literally surrounded by Cuban food….let me explain. If you follow my instagram, you’ll know that I moved from New Jersey to the Tampa Bay region of Florida in the Fall of 2018. I’ve always loved the Sunshine State…I spent many summers there as a child, crisscrossing the state with my family. It’s always been my life’s mission to live here are some point. In addition to having some of the best beaches in the US, the Tampa Bay area is a mecca for Cuban cuisine. 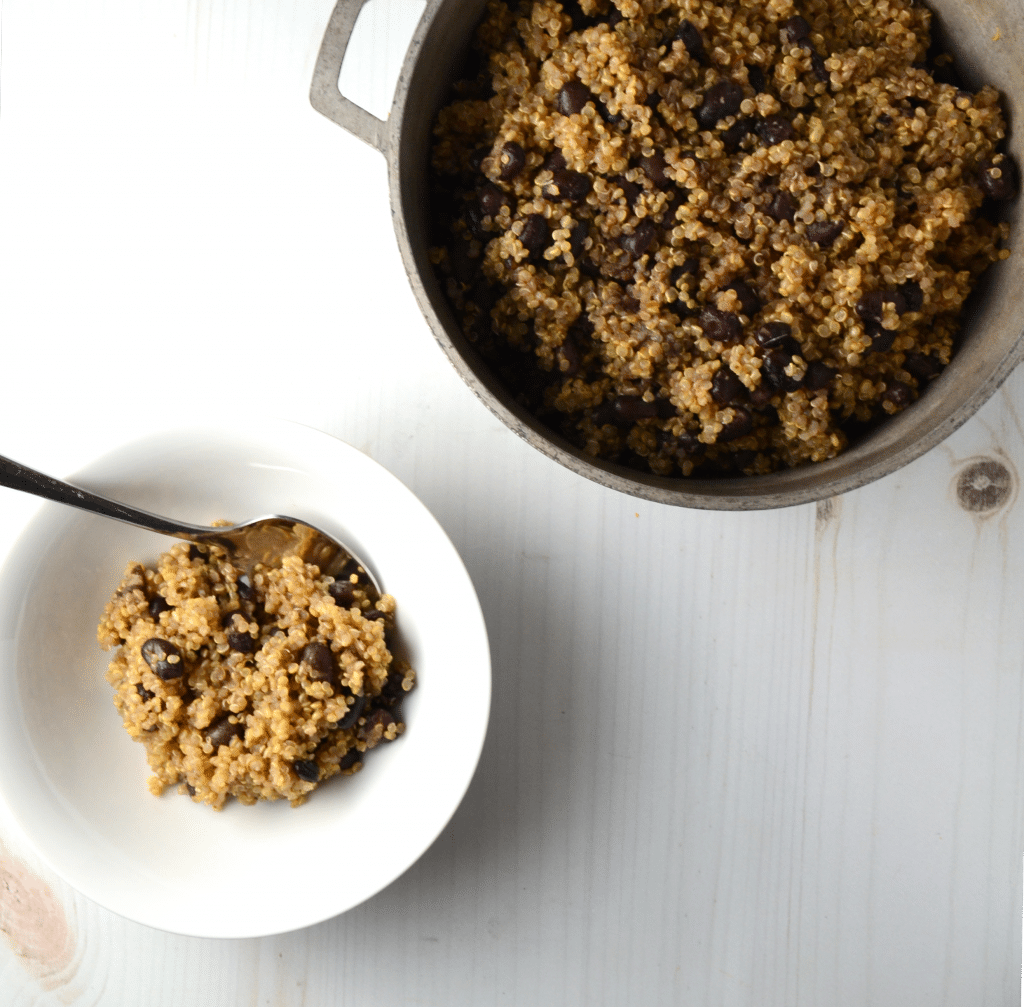 A lot of people associate Cuban food with Miami, but Tampa has its own distinct flair when it comes to comida Cubana.  For one, the Cuban sandwich was allegedly created in Tampa. Cuban sandwiches in Tampa typically have mayo and salami. In Miami, they only have mustard, no salami. On a personal note, I’ve probably had more Cuban sandwiches since moving to Florida in 2018 than I’ve had in my entire life in NJ…and there’s absolutely nothing wrong with that. 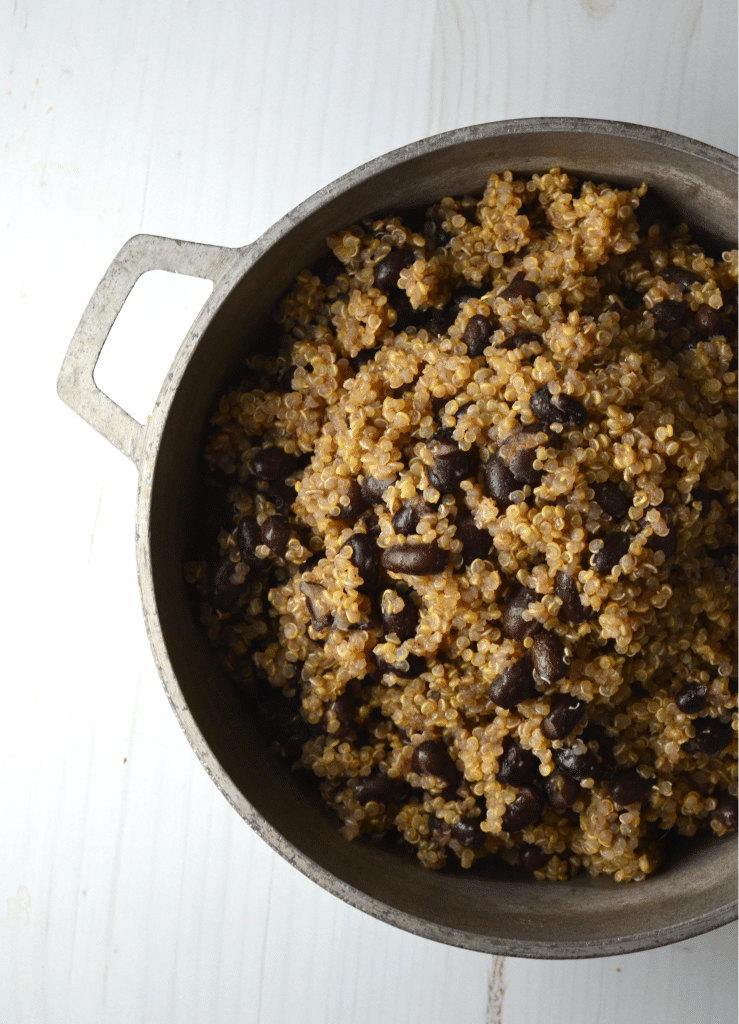 One dish that I always order when I’m trying a new Cuban restaurant is arroz congri, the ubiquitous rice and black beans that are cooked together in one pot.  I believe you can measure the quality of a good Cuban restaurant by the flavor of its congri. It should be herbaceous, garlicky, and full of umami goodness. A good congri is a meal in itself. Sometimes, I’ll make it and top it with a fried egg, some avocado and a couple of fried sweet plantains for a delicious , crowd-pleasing vegetarian meal. 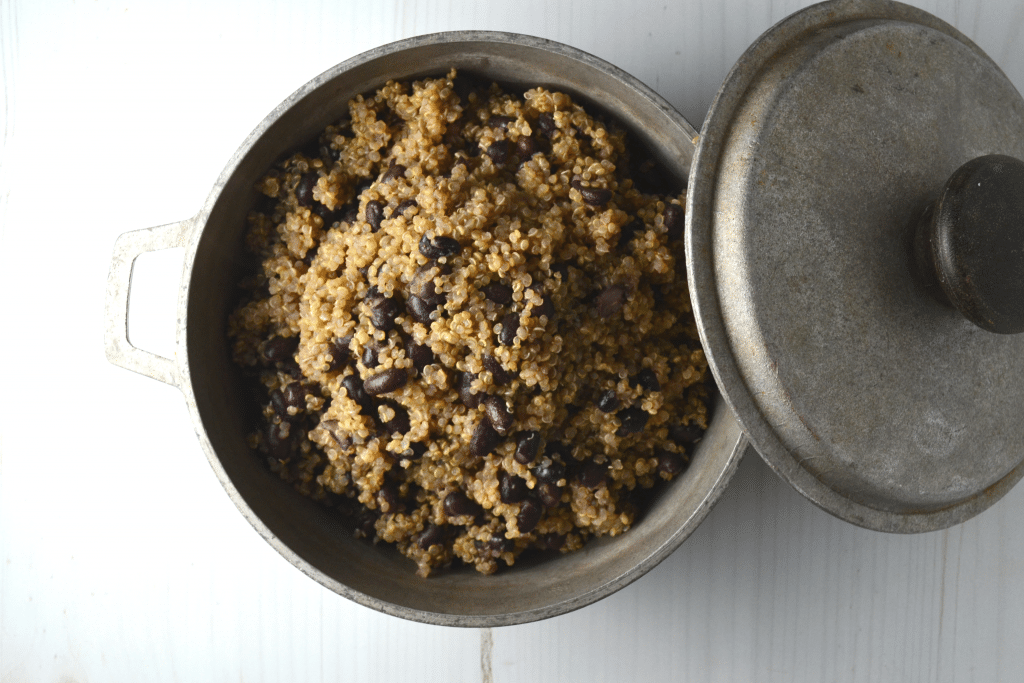 In this new year, I’ve resolved to put healthier spins on some of my favorite traditional Latin recipes. I’m not a fan of diets, but I am a fan of making Latin food healthy, fresh and fun!  This congri recipe swaps out long grain white rice for quinoa, which cuts the carbs per serving by about 40%, and boosts the protein content of the dish by about as much. The flavor is just like the original dish, it’s so good, you don’t even miss the rice!  You can make this a yummy vegan meal by serving it with avocado and tostones.  To make this dish taste super authentic, make sure to make a batch of my sofrito, which is the foundation for a ton of Puerto Rican and Cuban dishes. 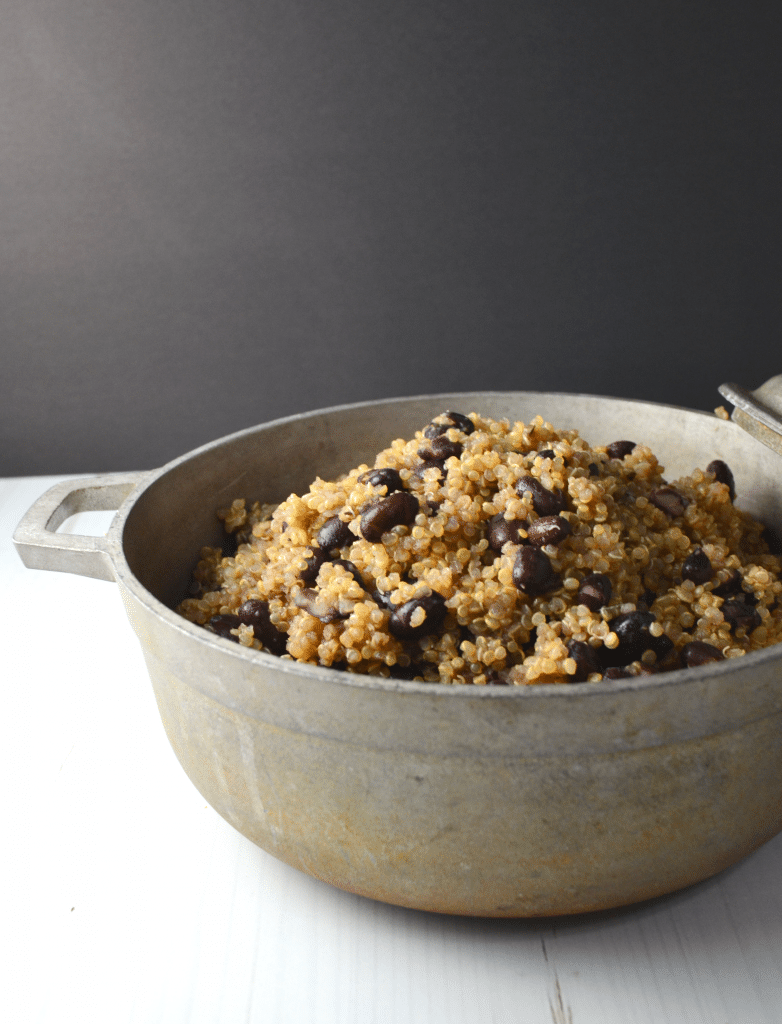 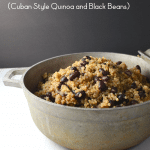 This Cuban classic is remixed by using quinoa instead of rice, for a protein packed vegan dish that pays classic flavor homage to the original.

Do you have a recipe of this but with parboiled rice?

Hi there! Follow this same recipe, just use 1.5 cups of broth instead.

And still only 1 cup of parboiled rice?

I love congri and have been trying to cut back on the carbs. This was the first time I made quinoa and I must say this recipe is delicious. You don’t even miss the rice. This was amazing. So much flavor. Even my kids loved it. I will be substituting quinoa for a lot of my rice recipes. Thank you for the amazing delicious recipe.

Thank you so much Crystal!