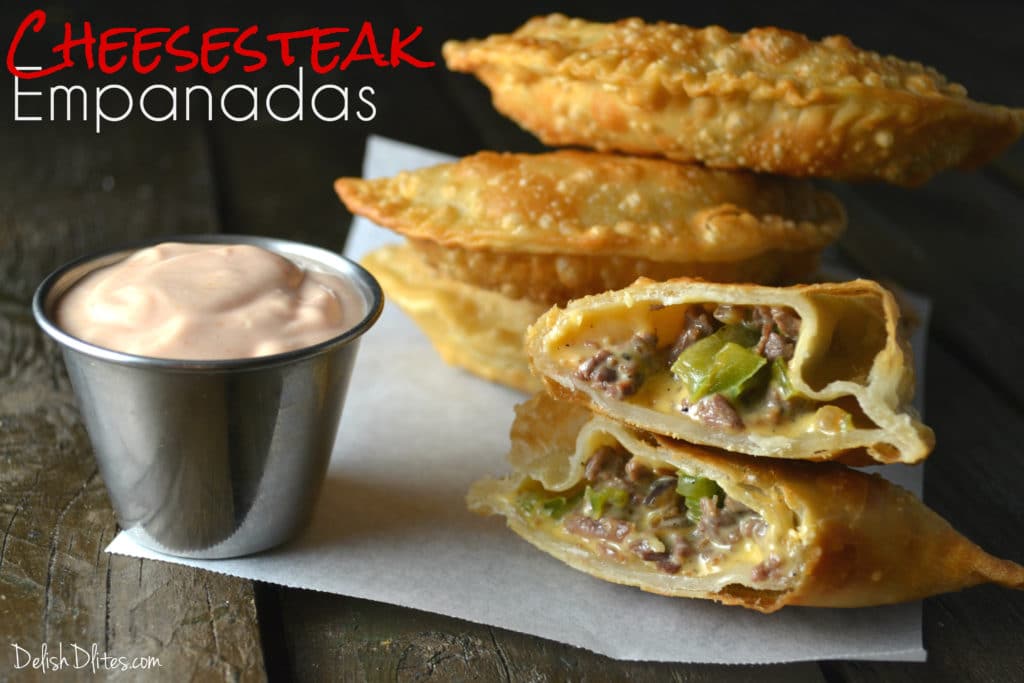 I just love putting a Latin spin on comfort food classics. Case in point, I’ve taken delicious Philly cheesesteak flavors, and stuffed them into empanadas! Tender steak, ooey gooey cheese, and some sauteed peppers and onions, stuffed into an empanadas shell and deep fried. Do I have your attention yet? 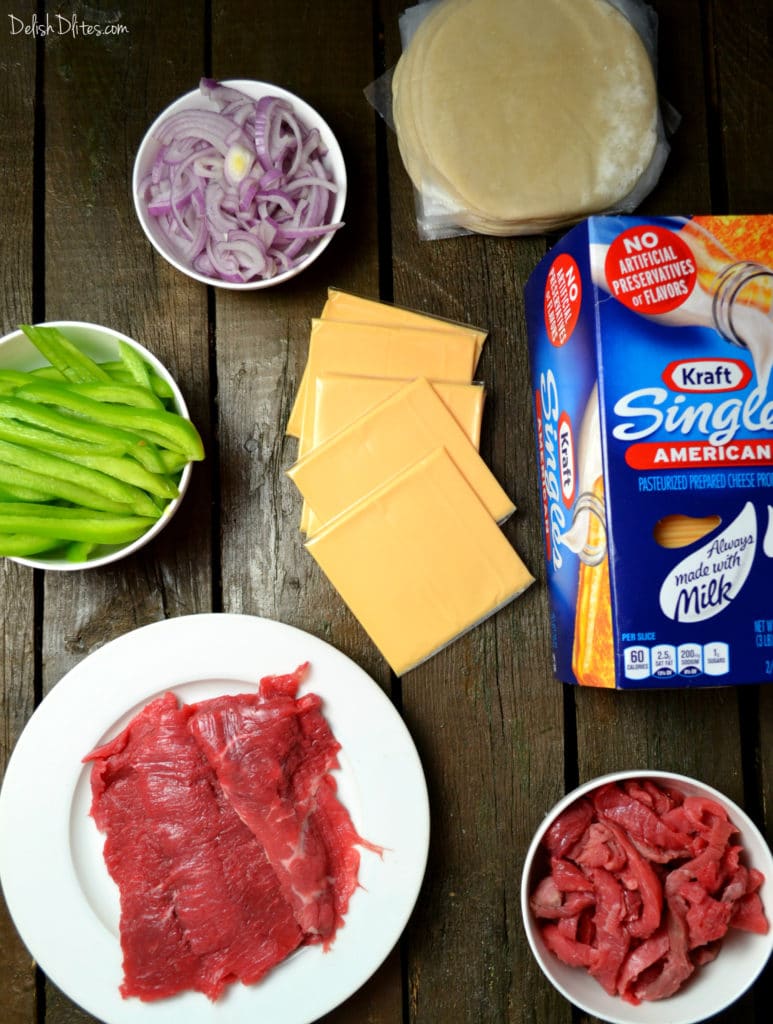 Being a girl from the Northeast, nothing says melty, cheesy and delicious like a good old Philly Cheesesteak. The cheesesteak made its official debut in 1930, when South Philadelphia hot dog vendor Pat Olivieri slapped some beef from the butcher onto his grill. A taxicab driver noticed the alluring aroma and asked for his own steak sandwich. The next day, as the story goes, rumor of the delicious lunch had spread, and cabbies around the city came to Olivieri demanding steak sandwiches. Soon thereafter, Olivieri opened up a shop on 9th Street and Passyunk Avenue, Pat’s King of Steaks, to sell his new creation. Eventually, according to legend, he added cheese to the recipe. 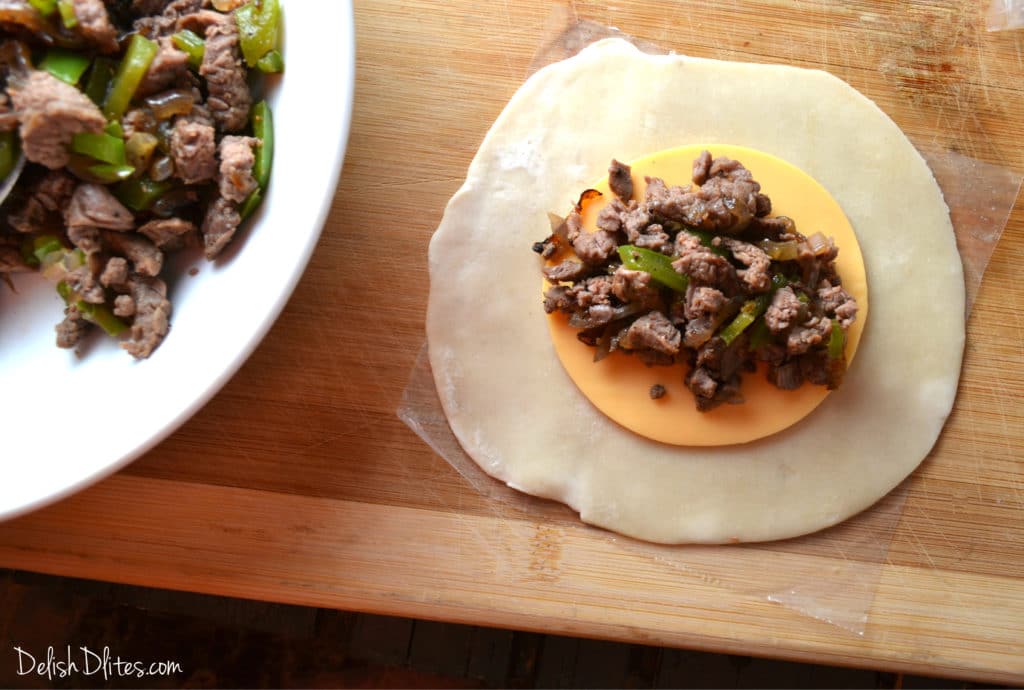 Today, Pat’s grills sizzle 24 hours a day, as does circa 1966 Geno’s, the rival shop across the street. For decades, the two family-run businesses have waged a friendly competition to win the title of best cheesesteak in town, with Geno’s late founder, Joe Vento, claiming it was he, not Olivieri, who first added cheese to the cheesesteak. 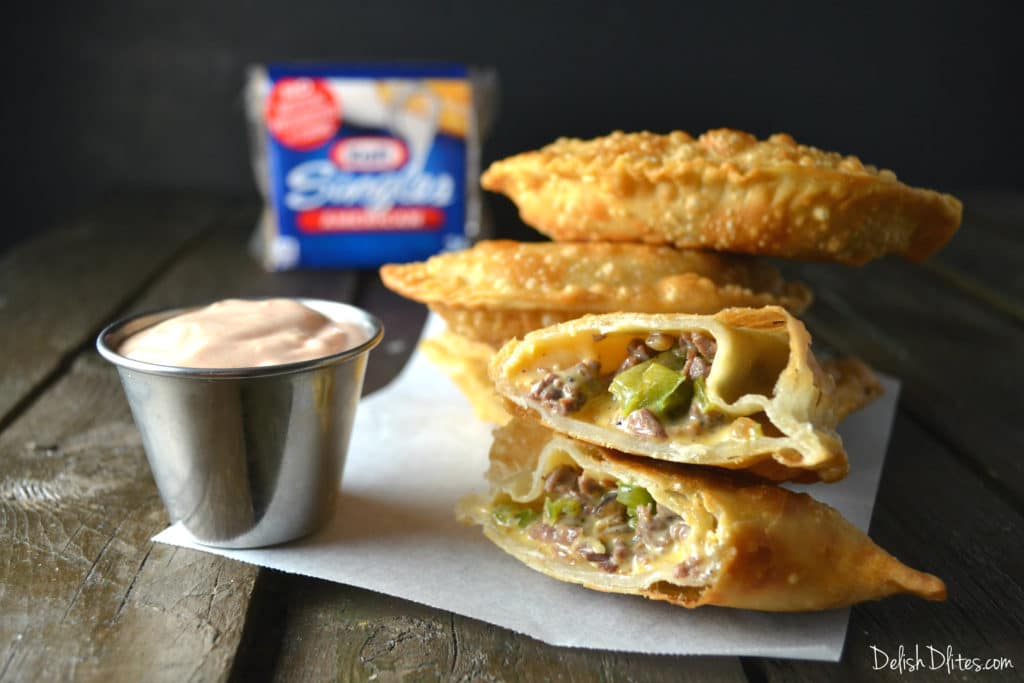 How could you possibly make a cheesesteak better? Make them into an cheeseteak empanadas, of course?!  I have a habit of doing that. Just check out these recipes for other wacky empanada flavors I’ve cooked up!

This is a sponsored post written by me on behalf of Kraft Foods and Sam’s Club.

Found your blog & i LOVE IT!!!! This recipe is everything! Super simple!